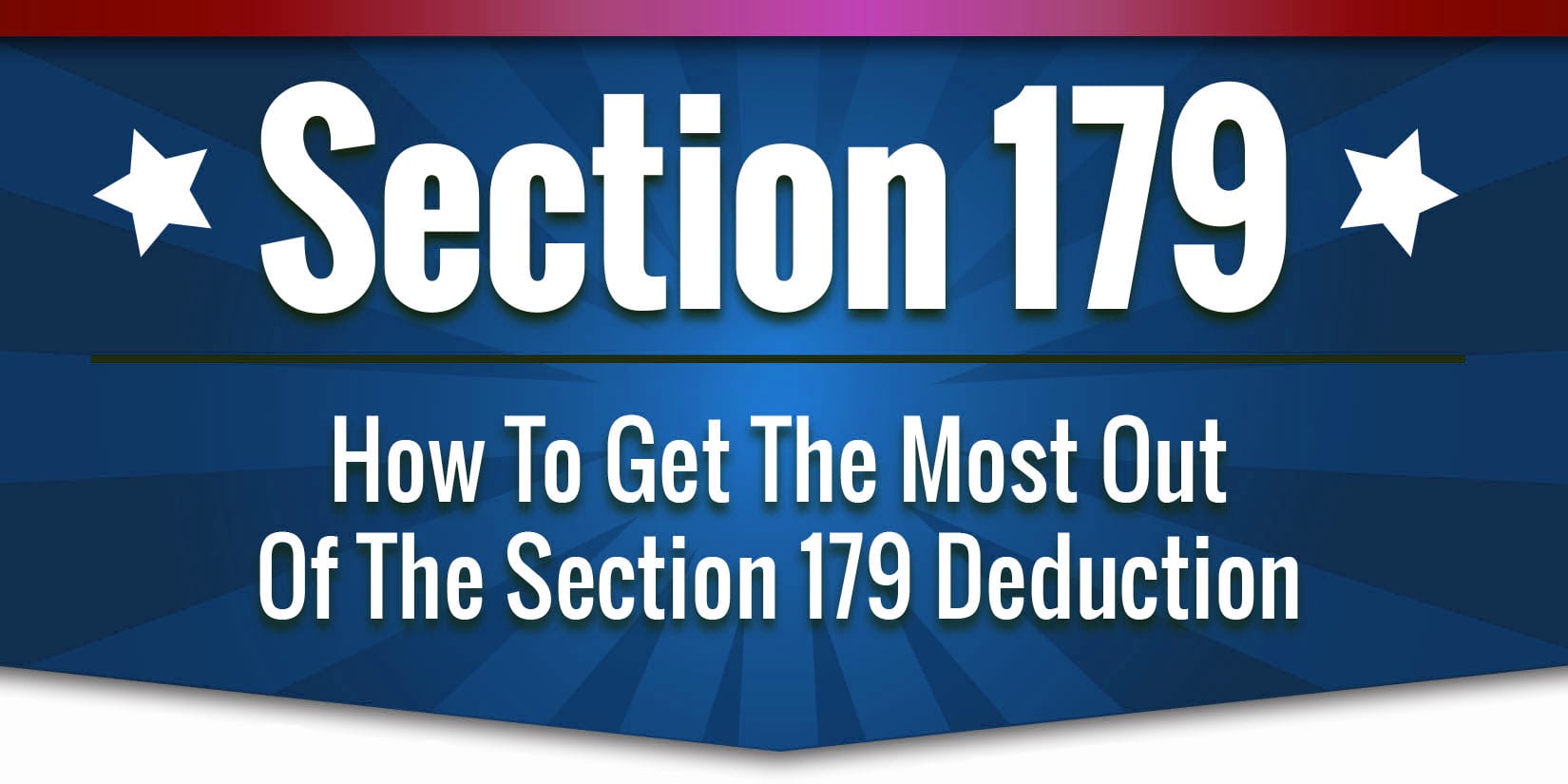 What is the Section 179 Deduction

Most people think the Section 179 deduction is some mysterious or complicated tax code. It really isn’t, as you will see below.

Essentially, Section 179 of the IRS tax code allows businesses to deduct the full purchase price of qualifying equipment and/or software purchased or financed during the tax year. That means that if you buy (or lease) a piece of qualifying equipment, you can deduct the FULL PURCHASE PRICE from your gross income. It’s an incentive created by the U.S. government to encourage businesses to buy equipment and invest in themselves.
Several years ago, Section 179 was often referred to as the “SUV Tax Loophole” or the “Hummer Deduction” because many businesses have used this tax code to write-off the purchase of qualifying vehicles at the time (like SUV’s and Hummers). But that particular benefit of Section 179 has been severely reduced in recent years (see ‘Vehicles & Section 179‘ for current limits on business vehicles.)
However, despite the SUV deduction lessened, Section 179 is more beneficial to small businesses than ever. Today, Section 179 is one of the few government incentives available to small businesses, and has been included in many of the recent Stimulus Acts and Congressional Tax Bills. Although large businesses also benefit from Section 179 or Bonus Depreciation, the original target of this legislation was much needed tax relief for small businesses – and millions of small businesses are actually taking action and getting real benefits.

Here’s How Section 179 works:
In years past, when your business bought qualifying equipment, it typically wrote it off a little at a time through depreciation. In other words, if your company spends $50,000 on a machine, it gets to write off (say) $10,000 a year for five years (these numbers are only meant to give you an example).
Now, while it’s true that this is better than no write-off at all, most business owners would really prefer to write off the entire equipment purchase price for the year they buy it.
And that’s exactly what Section 179 does – it allows your business to write off the entire purchase price of qualifying equipment for the current tax year.
This has made a big difference for many companies (and the economy in general.) Businesses have used Section 179 to purchase needed equipment right now, instead of waiting. For most small businesses, the entire cost of qualifying equipment can be written-off on the 2020 tax return (up to $1,040,000).